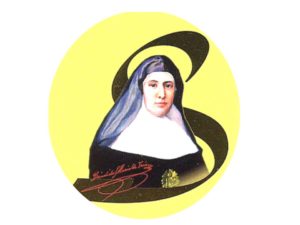 The school started with 55 pupils enrolled in Kinder. Grades I up to Grade IV were opened the following year; Grade V in 1938; Grade VI in 1939; and ﬁrst year high school in 1940. War broke out in 1941 which ended temporarily the opening of more courses in the high school. Courses in second, third and fourth years began after the war and were completed in 1947.

With the untiring efforts and dedication of the Sisters, as well as the generous cooperative support of parents, benefactors and faculty, the school has withstood difﬁculties and trials and continues its educative mission. The school now offers Pre – elementary, Elementary, Junior and Senior High School .

As an educative community centered on Jesus Christ and inspired by the charism of its Foundress, it envisions to form a committed Christian who can be a concrete witness to Gospel values and can help build a society that is more humane and just.

1932 – Arrival of the pioneer Spanish Sisters in the Philippines

1941– Opening of First Year High School
During this year,  there was an  outbreak of World War II which led to the temporary closure of Colegio del Santo Angel. The Sisters, along with the rest of the Iloilo populace, evacuated to safer places leaving behind them burning buildings.
After the war, the Sisters returned and constructed  an “emergency nipa house”  which served as the school of many young students who had increased considerably in number.

2017 – Opening of ABM and HUMSS strands  for Senior High School